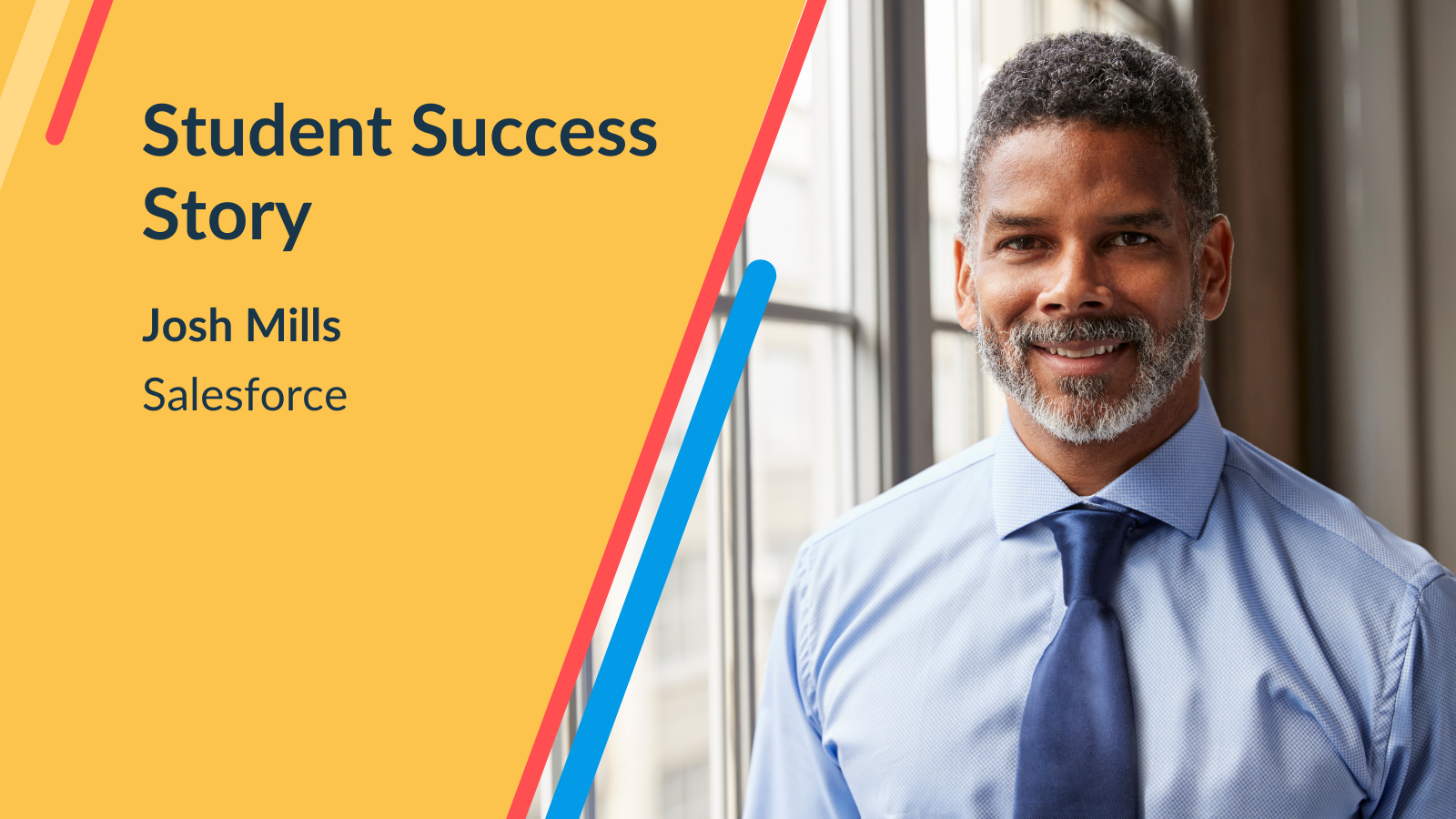 For three years, Josh worked as an associate picking up boxes in a Walmart warehouse. He quit Walmart, but when he returned a year later, his mentality had shifted. He didn’t just want a job anymore. He wanted a career.

Josh began doing lots of training through Walmart, in particular, learning about Six Sigma process improvement which exposed him to the ways that companies use data to make business decisions. Once he finished his training and got promoted to an Area Manager at Walmart, he was able to facilitate process improvement teams and apply his passion for numbers, trends, and data-backed decision-making in order to optimize distribution.

Though Josh never graduated from college, he knew that data analytics was a particularly exciting field that he wanted to build a career in. But without a degree, he knew it would be tough to find a role that empowered him to fully explore his potential in data analytics. He contemplated going to a tech school, but after some Googling, he discovered the Tableau Data Analytics certificate program offered through Case Western Reserve University and Pathstream and decided to enroll.

I signed up for two reasons. Not going to college, I needed something on my resume that showed my competency and skills. And I also liked that Pathstream has a project-based model. So I can show people what I did and what I am capable of doing. I also liked that I would get feedback. I can learn stuff online and on Youtube, but getting feedback from people who are actually in data analytics roles was super valuable for me.

As a Pathstream student, Josh had the opportunity to expand his data skillset and explore new tools he had never worked with before.

The program helped hone some of my skills, which was awesome. And it helped me see other things and open up my eyes to other tools which was really great. I had never really dealt with SQL at all before. So taking that first step into databases helped me develop my skills in more ways.

After completing the certificate, Josh admits that he was stubborn about his job search. He was adamant that he wanted to get out of distribution since he had spent his whole career in it; instead, he wanted to land a pure analyst role. But without a college degree, he faced challenges in a competitive job market. He realized over time that a better strategy to land a job was to lean on his supply chain skillset paired with his new analytics skills from Pathstream — which is how he landed his current position.

For my role now, someone reached out to me directly on LinkedIn. Once they heard about the skillset I had acquired through Case Western and Pathstream, it was kind of exactly what they wanted combined with my prior experience in supply chain. It kind of all just clicked together.

Josh recently got hired as a Production Control Supervisor, which he describes as a hybrid role between a manager and an analyst. In this role, he gets to combine his experience in supply chain with his data analytics skills to optimize the flow of product distribution for his organization.

His advice to students looking to transform their careers without a college degree?

I would suggest pairing Pathstream’s program with your past experience. If you can incorporate your prior skills into your new experience now, you become super super valuable. I think it’s also good to grow your skills, even after Pathstream. Have a plan and hold yourself accountable to it.