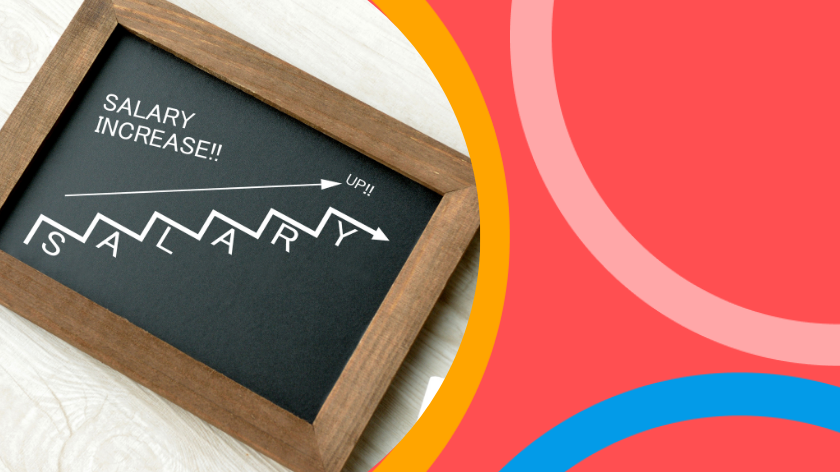 Looking to break into a new career with a strong salary potential? Learn how 4 Pathstream students increased their salary in 6 months or less.

A “good job” is about more than money. Ideally, you can find a role that is professionally fulfilling and offers growth opportunities. However, earning a salary that allows you to support your family and achieve economic stability is critical for almost everyone.

Are you looking to increase your earning power? Gaining marketable digital skills is one proven way to become a more competitive candidate for high-paying jobs. On average, Pathstream students who work with Career Services increase their salaries by around 30%, and some by a lot more! Here are stories of four students who recently completed Pathstream certificate programs and managed to dramatically increase their take-home pay in a matter of months.

Caroline Benson graduated from Auburn University in 2018 and spent her years after college working in retail. She started as a Sales Associate and eventually rose to become a Store Manager and Showroom Manager. However, when the pandemic hit, she was laid off from her job like many others working in the retail sector. Caroline enrolled in the Facebook Digital Marketing Certificate. She learned about marketing strategy, Facebook ads, Google analytics, social media marketing, and more. Within a few months, she was hired to be the Social Media Manager for Rocket Bug, a children’s clothing company based in North Carolina. She increased her salary by $22,000. “The certificate helped me gain experience in the field,” Caroline said. She credits her instructors for helping her realize that she had the potential to earn significantly more and take the leap into a new career. To see Caroline’s work in action, you can check out Rocketbug on Instagram or Twitter!

Nushi Yapabandara started her career working as a teacher, first serving at Summit Public Schools and then at Downtown College Prep in San Jose, California. In 2020 she decided to enroll in the Tableau Data Analytics Program. “I learned core concepts and technical skills through hands-on software training,” she explains, “I applied my knowledge to complete several business intelligence projects.” The program covered business analytics fundamentals, SQL, data visualization and statistics. Given her background teaching computer science and Python skills, Nushi found she could pick up the new skills quickly. While she was in the program, she decided to switch careers and start a new role as a technical recruiter. She started in a contract role at DotConnect and was quickly promoted. She then landed a full-time role with SecurityScorecard, a company based in New York City. By earned the Tableau certificate, Nushi was able to show the hiring manager that she had a technical background, which made her uniquely qualified to assess candidates for technical roles. “My new boss might also ask me to use Tableau when sharing data with hiring managers,” she noted. In addition to helping her make this career change, earning the Tableau Data Analytics certificate also increased her earning power. In her new role, Nushi makes $37,000 more than she did previously.

Henger Ydrogo grew up in Venezuela and graduated with a degree in Petroleum Engineering. When he moved to the U.S., he had trouble finding an engineering job but eventually started work as a Sales Professional for Ralph Lauren. He enjoyed the company, but knew that he could do more to leverage his analytical skills. He enrolled in the Tableau Data Analytics Certificate Program where he learned to clean, manipulate, visualize and analyze raw data using spreadsheet software, SQL, and BI data visualization tools. Upon finishing the program, he applied for an internal role at Ralph Lauren and was hired as a Business Intelligence Analyst, where he now commands a salary that is $55,000 higher than his retail role. Hear directly from Henger on this episode of the Pathstream podcast.

Toni Benn graduated with a degree in advertising from Howard University, but quickly realized she wasn’t interested in a longterm career in that field. She spent several years teaching English abroad in South Korea and Spain, before recognizing she wanted to find a new path. She discovered the field of project management and enrolled in the Asana Project Management Certificate. In the program she learned about managing complex projects, coordinating stakeholders, overseeing budgets, orchestrating timelines and much more. Within a few months, she landed a job as an Agile Project Manager for a startup based in Philadelphia, Pennsylvania. Toni works remotely and earns $40,000 more than her previous salary. “(Before the program) I kept getting told that I didn’t have enough experience,” Toni says, “But now that I’ve completed this program and started this job, I finally feel that I can start building my own path.” Read more about Toni’s journey in this blog post.

Are you eager to increase your own earning power? Enroll today! 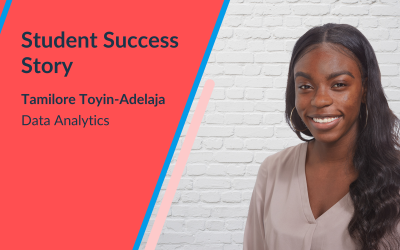 Tamilore Toyin-Adelaja worked as a research analyst after obtaining her Master's in Economics from Georgia State...

The contribution of data analysts in the business world cannot be overlooked. They transform raw data into valuable...

Congratulations! You've just landed your dream position in project management. Now what? This industry can be...