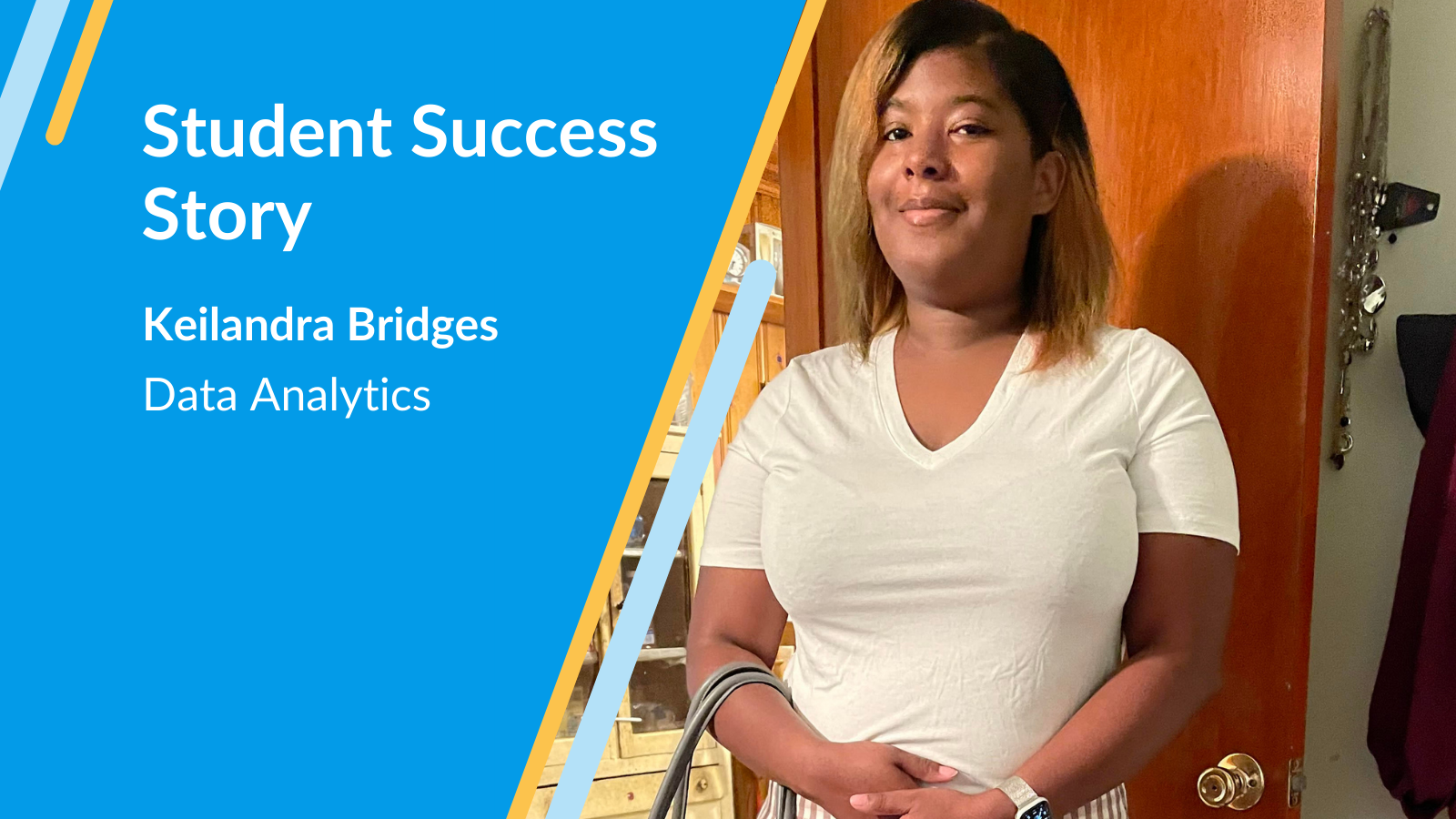 How one Pathstream student went from school bus driver to data analyst in less than 6 months.

After attending a STEM-focused high school, Keilandra thought she wanted to become a pediatric nurse. While she decided this career area wasn’t for her, she set out on a life-long mission to help people in any way she could.

Over the next several years, Keilandra worked in various customer service roles, initially at the airport. In these positions, she was not only helping people but also networking and learning about the jobs of different professionals that passed through her local airport.

After giving birth to her first son, she realized that she needed a different schedule than what her customer service job was offering. She began looking for a role that would allow her the flexibility to be at home with her son on regular hours, while also continuing to help others.

She then started working for her local school district as a bus driver for middle and high school students. In this role, Keilandra was able to develop relationships with students, gain their trust and become a consistent presence in their lives each day. She explains, “You need to get to know them [students] and gain their trust that you’re on their team.”

While Keilandra enjoyed her role, she knew that it was not the long-term career path she had hoped for. She began searching online for a program to learn new technical skills. She researched cybersecurity at first but was drawn to Pathstream’s data analysis program.

“I clicked on Pathstream and started looking at the courses and the prices. I realized I could afford this program and that it would provide me with a strong starting point for my career.”

Although Keilandra didn’t have a background in data analysis, she began researching the field, and asked a family member for advice. She realized that the data skill set she would be learning was a widely applicable skill set that could be used across a variety of roles and industries. It was also a way for her to continue to help people.

“As a data analyst, you are helping people without having to physically be there. You’re a “silent partner,” dealing with an issue after it’s been presented and working behind the scenes to find a solution.”

In Pathstream, Keilandra excelled at the hands-on projects and interactive activities. She particularly liked how she was able to learn something and then immediately apply it to a real-world problem while it was fresh in her brain. When she had questions, she was able to meet with her instructor via Zoom.

“You’re never really alone out there.”

After completing the program. Keilandra started working with Pathstream’s career coaches to develop a job search plan, refresh her resume and start applying to jobs. Within a few weeks, she landed a full-time role as a Safety Analyst. When asked what helped her stand out in the job search, Keilandra referenced the resume support she received. A Pathstream career coach was able to pull out the transferable skills from her previous positions and match her skills and experiences with what employers are looking for today.

When asked about her advice for future Pathstream students, Keilandra emphasized the importance of sticking with your career goals, especially when it gets difficult.

“Every ‘no’ is getting you closer to a ‘yes’. Don’t give up after the first ’no’. Your career is not going to change overnight. You have to commit to learning. If you don’t get it the first time, don’t be ashamed to ask questions. Keep asking questions and keep growing.”