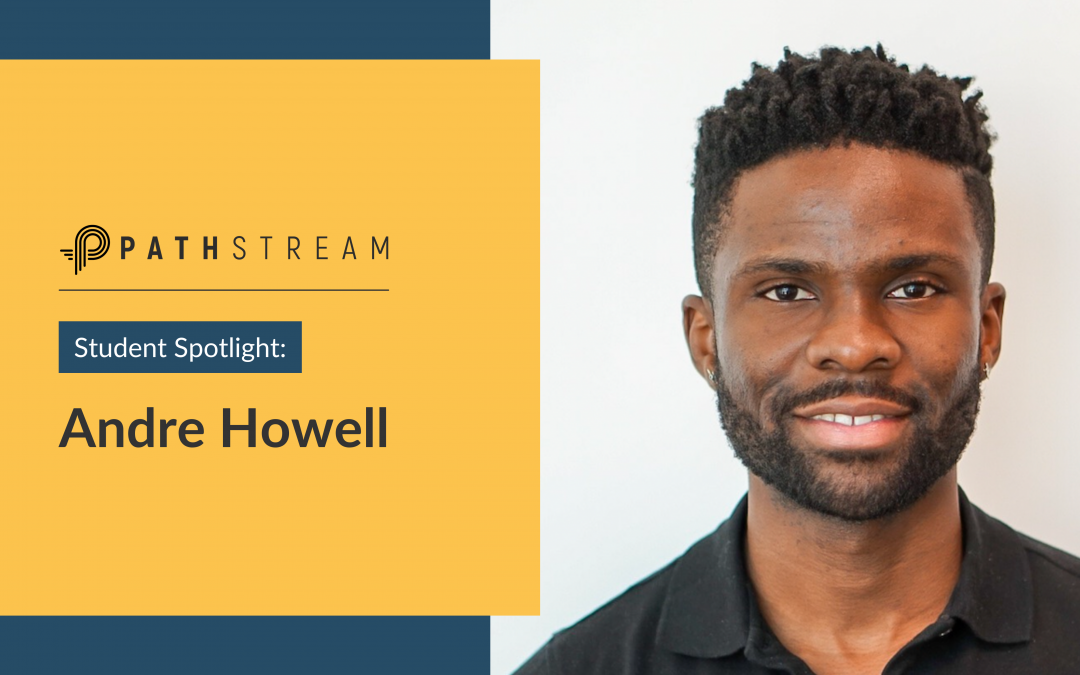 Andre Howell graduated from college in 2010 with a degree in communications but was unsure of what career he wanted to pursue. He fell into merchandising because he is passionate about fashion and was having a hard time getting an entry-level position in marketing. While Andre enjoyed his job early on, he started feeling stuck. His previous roles were outsourced and this raised concerns that the profession itself was becoming obsolete.

Andre knew he wanted to pivot to a career with high growth potential, but wasn’t sure where to start. While working for a duty-free company and merchandising part-time, he began to apply for marketing jobs in the e-commerce industry. Unfortunately, he wasn’t having much luck and decided to settle for a merchandising role at the corporate headquarters of an apparel company. During his final interviewing round, the employer notified him that they could no longer offer him the job because of a hiring freeze in response to the pandemic.

New York City also went into a lockdown, which left Andre furloughed for seven months. When he returned to work, it was only part-time, which left him concerned. In addition, his college was absorbed by a larger institution in 2019, which made him lose confidence in his degree. It became clear to Andre, he needed to go back to school, so he began to look into a master’s in marketing. But after consulting with colleagues in the industry, he started to research digital marketing certificate programs.

“I looked up Pathstream and the website caught my eye; it was vibrant and I love the diversity. I felt represented. I didn’t feel like a lot of other companies compared to Pathstream.”

After reading through student testimonials and success stories, Andre was convinced that the NYU Facebook Digital Marketing Certificate Program was the right fit. The program had a strong digital marketing curriculum and was associated with a prestigious university. It was also online, making it a good fit for Andre who was working as a retail associate and merchandiser at the time to make ends meet after work began to re-open.

“It was tough to balance everything and with the first module, I missed a deadline. I spoke with my instructor and she was always very understanding when it came to deadlines and accommodated me.”

Andre found his instructor to be flexible and supportive throughout the journey from answering questions, providing help with projects, and giving him the confidence to stop doubting himself. The hands-on assignments were particularly engaging for Andre.

“I put all my energy into the program and projects. I would research as much as possible, conduct interviews for user research, and would add a personal touch to each of my projects.”

His instructor was so impressed with the social media marketing strategy he put together for a small black-owned business in his neighborhood that she reached out to him after the digital marketing program to see if he was interested in interviewing at her firm.

While he did not end up working there, he was able to land a job in interior design by tapping into the professional network that he developed while working as an interior design assistant and merchandiser. Pathstream’s Career Services helped him prepare for the job search process and stand out.

“I appreciated their support and the fact that mock interviews were part of the program. I had many mock interviews to prepare. My coach also looked at my resume and reorganized it to highlight my certificate, which helped me a lot. My certificate stood out to employers.”

Since graduating from the NYU Facebook Digital Marketing Certificate program Andre has started his new job as a marketing assistant at Cowtan & Tout. 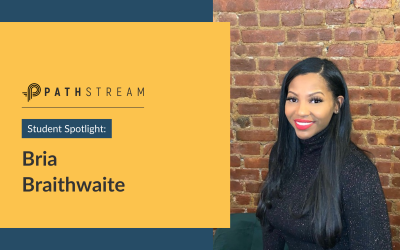 Bria Braithwaite started her career in philanthropy as an event coordinator. After four years, she decided to actively... 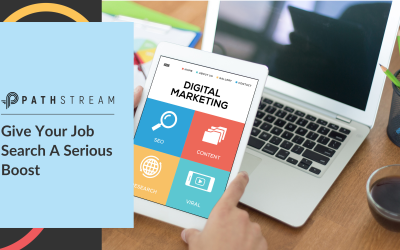 Get an Entry-Level Digital Marketing Job and Resume Examples

So you’ve just graduated or want to make a career switch into digital marketing. You’re poised to get your foot in the... 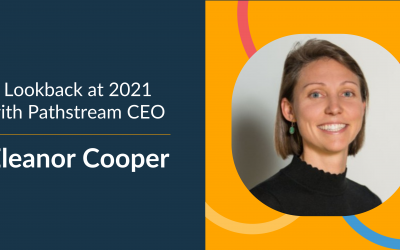